Greenhaven-Pocket is also officially named Pocket-Greenhaven and is unofficially referred to as The Pocket. This suburban community is considered to be in the southwest area of the city of Sacramento and is just five miles south of downtown with its attractions and entertainment appeal. It’s a straight shot to downtown by way of I-80, and there’s even a bike trail along the levee that goes all the way.

The unusual name of the neighborhood is because of the semi-circular “pocket” of what had been farmland that was formed by Interstate 5 on the east and the Sacramento River on the west, south, and north.

The community is considered one of Sacramento’s most desirable residential enclaves and is primarily populated by upper, upper-middle, and middle-class families. They live in high-quality housing in a very low crime area with two private lakes, 18 public parks, and an excellent variety of local businesses and restaurants.

The housing options range from earlier-era ranch homes to condos to modem mansion-like riverfront properties valued at $1 million-plus. Most are resale properties, but there are new one and two story homes at Islands at Riverlake with prices from the mid-$300,000s.

According to GreatSchools, there are six elementary schools, seven middle Schools and two high schools. Genevieve Didion School is the highest rated public elementary school and the standout public middle school, and John F. Kennedy High School is the best ranking high school. GreatSchools ranked Matsuyama Elementary School and Pony Express Elementary School at 7 out of 10. The newest, having opened in 2010, is the School of Engineering and Sciences, a smaller middle school.

Harold Parker and his business partner, Kermit Lincoln, owners of the East Bay development company Lincoln-Parker, purchased 700 acres and proceeded to build Sacramento’s first master-planned community in the 1960s. It was very forward-looking with homesites set along a two-mile-long greenbelt with places to walk and bike, loop streets to help reduce traffic, pedestrian overpasses spanning busy thoroughfares to allow safe and easy passage for the residents and children who had to walk to school, underground utilities, and necessary restrictions. Later the 65-acre Lake Greenhaven was added by enlarging a mud pit and bringing in palm trees and white sand.

Darling half-plex is Light & Bright with multiple skylights! Good sized kitchen with lots of counter space, loads of storage and room to sit at the counter. Livingroom ha...

If this were the Olympics, this immaculate, single story 3 bed, 2 bath would be a gold medal winner. Over the years, it has been pampered, updated and curated to look li...

Located in South Land Park Hills on a .26 acre lot sits a spacious 4 bedroom, 2 bath home with built-in swimming pool - just in time for the Sacramento Summer heat! The l...

Courtesy of Lyon RE Downtown

Listing courtesy of Lyon RE Downtown.

Lovely and spacious three bedroom and two and a half bath home in a great location. Located just a block from Garcia Bend Park and boat launch this 2228 sq ft two story i...

Courtesy of Lyon RE Downtown

Listing courtesy of Lyon RE Downtown.

All measurements and all calculations of area (i.e., Sq Ft and Acreage) are approximate. Broker has represented to MetroList that Broker has a valid listing signed by seller authorizing placement in the MLS. Above information is provided by Seller and/or other sources and has not been verified by Broker. Copyright 2022 MetroList Services, Inc. The data relating to real estate for sale on this web site comes in part from the Broker Reciprocity Program of MetroList® MLS. All information has been provided by seller/other sources and has not been verified by broker. All interested persons should independently verify the accuracy of all information. Last updated . 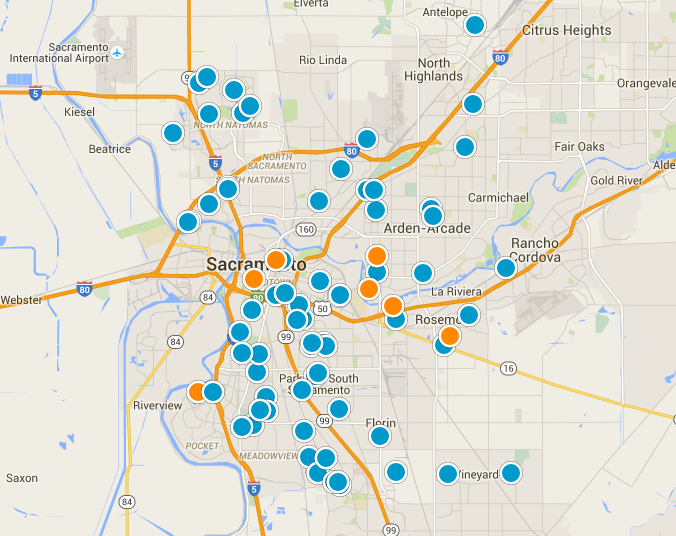